In the words of Julius Caesar “We came, we saw, we conquered” …California! Over the last two weeks Bodyboard Holidays and our legion of bodyboarders have seen and done everything there is to do in Southern California. Here is our top ten things we saw and conquered in this sun kissed, laid back lifestyle, wave rich state. 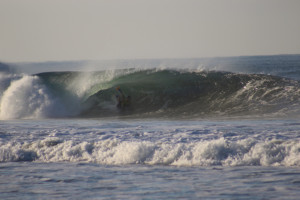 If you’ve ever watched Scot Carter’s bodyboard film The Inside, you’ll know how round the barrels can get in Southern California, or SoCal as the locals call it. And like in the cult 90s movie, SoCal didn’t disappoint. Bodyboarding from first light until 11am, to avoid the afternoon onshores, meant we scored big round barrels at breakfast time everyday. So accustomed with morning tube time the crew quickly coined the expression ‘Breakfast Barrels’, which they’d chorally chant as we witnessed the first flawless barrel of the day roll down the beach. 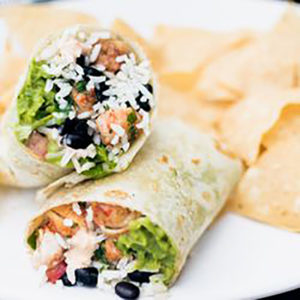 When in Rome, eat like a Roman …so what better way to re-fuel after a morning conquering Californian barrels than with breakfast burritos at a nearby Mexican Taco restaurant? Southern California was once a part of Mexico and so Mexican food is a staple food for SoCal locals, and an awesome and healthy way to re-energize before a second bodyboard session. 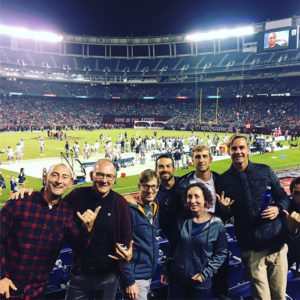 It would be a pity to come all this way and not attend an College football game, in what is the United States’ most popular sport. Our crew headed up to San Diego to watch the Aztecs take on the Nevada Wolf Pack at the enormous Coliseum stadium. It was an action packed afternoon with the Rams coming away as victors to the sound of cheer leading, brass band playing entertainment. 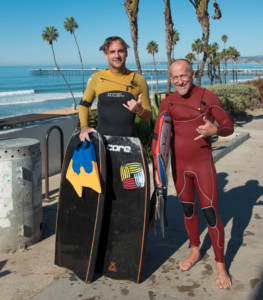 Jay Reale is to bodyboarding what Julius Cesar is to the Roman Empire. Without guys like Jay, there would have been no innovation, no industry and no sport. We dropped into Ebodyboarding to visit Jay and his wife Vicki (also an ex-professional bodyboarder) for a Q&A session. Jay waxed euphorically about the old days of being a pro in bodyboarding’s infancy. His endless tales left our crew on the edge of their seats or doubled up in laughter. He was a true gent throughout, and treated us to a grand tour of Ebodyboarding HQ for a few holiday souvenirs. 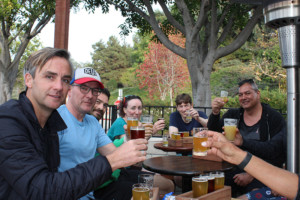 After a meet & greet with Jay and a shopping spree in his bodyboarding grotto, we slowed things down with a visit to a local Artifex micro-brewery on our drive home. Recommended by our guide Nikki as his favourite brewery, we sampled a whole host of interesting ales and craft beers. California has become somewhat of a Micro Brewery hotspot in recent years and now boasts stacks of micro-breweries producing innovative and flavoursome tipples. 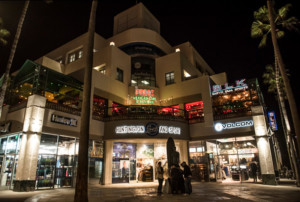 If filling our boots with bodyboarding paraphernalia at Ebodyboarding wasn’t enough, our legion of bodyboarders shopped till they dropped in the wide range of factory outlets that hug the pacific highway 5. Needless to say they all exceeded their baggage allowance on their return home with their newly bought bounty of trainers, surf clothes wetsuits and more. 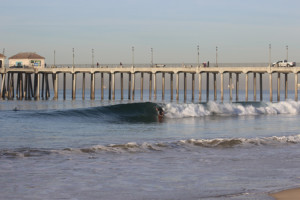 One can’t do a surf trip in California without visiting and surfing at the iconic Huntington Beach Pier. The birthplace of surfing on the West coast of America and home to the annual Vans US Open of Surfing competition exceeded expectations for the Bodyboard Holidays crew. Often described as a slow wave with a busy and aggressive line up, was not what we experienced. We enjoyed so many empty wedgey barrels on our first visit there, that we returned 3 days on the trot.

We were all pleasantly surprised by the cleanliness of the beaches in Southern California, and even more pleasantly surprised when we saw organised beach cleans by the local schools. This popular grass roots initiative educates the children on the detrimental effects plastics have on the ocean, while setting a precedent for everyone in the area to keep their beaches clean. For more information check out waves not plastic beach cleans.

9. An abundance of marine life in the surf

It’s sadly ironic that San Diego is home to SeaWorld, where thousands of people come from far and wide to see ailing marine mammals swim in tedious circles, when there is such a rich abundance of free-swimming marine life at the local beaches. Not a day went by on our trip when we didn’t see a pod of dolphins, seals chasing fish, or pelicans riding the updraft of the waves. 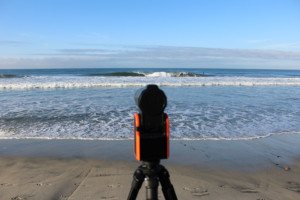 In addition to our video camera and SLR recording every wave, we went full media frenzy on this trip, and were joined by Steve from Soloshot, and Bodyboard-holidays media manager Rob Benson with his drone. Both captured awesome footage that added a new perspective when viewing everyone’s bodyboarding. Watch this space for an edit! Three of our clients were so impressed by the cinematic wizardry that their Christmas wish list will be easy to write this year.

If any of the above, good times and a great fortnight of waves is of interested to you, then check out California bodyboarding. Be quick as places are booking up fast already!