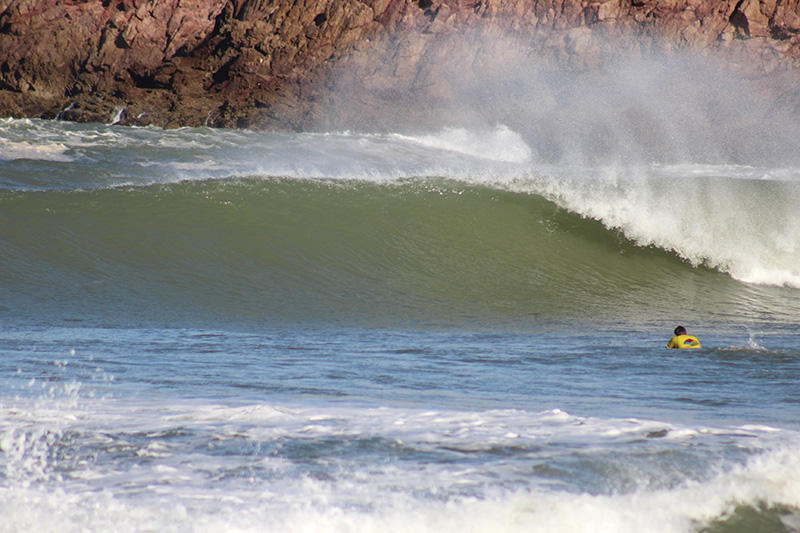 On our recent bodyboard holiday to Secret Morocco, we were blessed with a week of consistent head high waves, surfing at a wide variety of beach breaks, wedges and point breaks, limitless Saharan sunshine, and a great crew of bodyboarders, with varying bodyboarding experience.

We had riders from the ARS bodyboard team, a professional flow boarder thrown in for good measure and a selection of international riders of all abilities. With such a range of talent and experience, an eagerness to learn, and an underlying competitiveness to improve, the conversation on how best to improve became a hot topic. We were on a mission to guide the crew to the best secret spots in the region. It all went perfectly to plan!

Reflecting on these conversations we’ve compiled a list of the top 5 ways, hacks, and tips to significantly develop your riding. Whether you’re new to the sport, an experienced yet stagnated rider or an advanced ripper looking to dot the i’s and cross the t’s, or succeed at a competitive level, there is something for every booger. 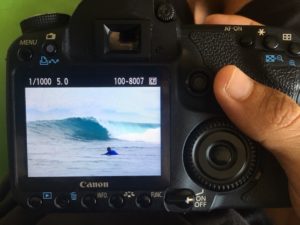 There is no better way to improve in a sport than having someone film or photograph an athlete for latter analysis, and this is no different in bodyboarding. In Secret Morocco we filmed, photographed and reviewed every session on a daily basis. And like on other bodyboard holidays, telling clients where and how to improve is one thing, but the real understanding only really sinks in once they’ve seen it for themselves on the big screen.

“After seeing photos and videos of myself it showed how bad my prone reverses looked, so after that being pointed out, I began to practice crossing my legs …which I was consistently nailing by the end of the trip” Michael Norman, A.K.A Trev, a competent Cornish booger who resides in Wales

Making use of the slow motion and pause functions are really useful for breaking down and understanding the intricacies of technique or a manoeuvre frame by frame. In addition, watching and comparing a professional bodyboard DVD after watching your own footage, though deeply humbling at first, is a very effective strategy for progression.

We understand that not everyone may have access to a video camera or someone to film them, but stills can be just as useful in providing a valuable insight into body positioning, wave positioning, the rider’s line, and timing when attacking the lip.

If you’ve nobody to film you or are short of the cash for equipment, take a leaf out the book of the young Aussie rippers, where groups of mates pool their money together to buy equipment and take turns to film each session. – Their progression is mind blowing!

2. Surfing a variety of waves and conditions 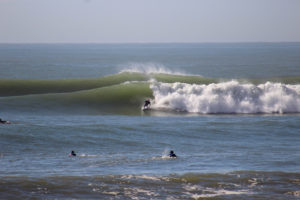 We surfed a myriad of different waves in Morocco, from long walling points, to punchy beach breaks and heavy wedges. Such a variety of options provided the perfect platform for the crew to put into practice what the video analysis sessions had brought to light, and forced them to work on their weaker side, something we all to often ignore when free surfing. In fact, speak to any pro bodyboarder, and they’ll tell you the benefits of forcing yourself to surf on your weaker riding side, and that despite hours of feeling like a kook, the results will come.

It’s also important to not get too picky when going to the beach. If you can do it in the small, weak surf you can do it in all waves. Or in the words of style master Fred Booth in the 90s instructional video Bio ||, when asked how does he land such big moves at Off The Wall he replies “…it’s just me trying to do manoeuvres that I’ve learned to do in 1-2ft waves, and now trying in bigger waves”.

In at number three, is having a bodyboarding a friend or peer critically evaluate your surfing, and vice-versa if they too are looking to improve. Though such constructive criticism is at first difficult to stomach, especially if you’ve been bodyboarding for some time, don’t be an old dog, take it on the chin, and respond to it. You’ll be surprised how a little honesty on your friend’s part and hard work from yours really develops your riding.

Another excellent strategy is to divide your surf into 25 minute ‘heats’ and go head to head with a mate, each realistically judging your own waves. At the end of the heat, total up the scores to determine who’s victorious and who buys the post surf beers. A number of our coaches adopt this strategy, especially when they have an up and coming contest. Either way, the competitive element is good fun, makes surfing in crappy waves much more interesting and motivating, and your wave count goes through the roof.

4. Go bodyboarding with riders of a higher standard than yours, and set goals for every session. 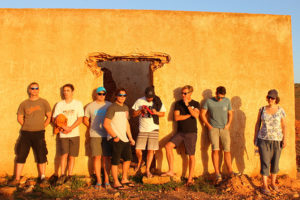 As a coach it was a pleasure having such a broad range of abilities on our Morocco trip because the lesser experienced bodyboarders learnt so much from the more accomplished riders, both in and out the water, culminating in an accelerated learning curve. Bodyboarding with riders of a higher ability is not only motivating, and educational in the sense of seeing manoeuvres being executed well, but it’s also inspiring and lights an internal competitive fire of ‘I want to surf like that!’. We’re not saying ditch your mates, but instead mix it up by surfing progressive spots with people of a higher level, and you’ll see your riding skyrocket.

It’s also important to set an achievable goal for every surf, we normally suggest focusing on practicing one move each session. Though make sure it’s realistic to the waves, don’t expect to be landing backflips if it’s small and onshore.

5. Go on a Bodyboard Holiday or coaching weekend

With 20 years of experience of running bodyboarding holidays around the globe, Rob Barber and his experienced team of instructors, by means of video & photograph analysis, coaching in and out the water, and surfing in a variety of waves, have seen an endless number of boogers really change their game over the course of a 7 day trip or even 48 hour coaching weekend. On our trips, there’s nowhere to hide, your strengths and weaknesses all come to light, but you are given the coaching, encouragement and platform (best waves in the area) to make real progress. Our holidays are not only for novice bodyboarders, there is something for everyone. The ARS bodyboarding team got a lot out of the Morocco trip in terms of refining technique and perfecting manoeuvres, and not to mention the 1000+ photos they got to take home.

Adopting one or all of these hacks, and having an open mind and willingness to learn will help your bodyboarding no end. And if you are interested in a holiday or coaching weekend, or like the idea of Moroccan barrels with Saharan culture, then check out our bodyboard holiday’s calendar.