By Chris Burton
With Jeff Hubbard

If you were on a mission to find out what the key elements are to busting bigger and better airs on a bodyboard who might be the best person to speak to?

You guessed it right? The guy that has built an entire career and bodyboard empire by sending it skyward and to the heavens, the very man himself Jeff Hubbard!

During Jeff’s tour to the UK to promote his awesome brand HUBBOARDS we were lucky enough to sit down and delve into the mind of someone who is widely considered to be the best and most formidable bodyboard aerialist of all time.

We asked Jeff a series of meticulously thought out questions and find out some of the factors and attributes that enabled Jeff to became such a phenomenon in the sport of bodyboarding with his aerial talent.

During the interview we talk about who his inspirations were as a young grommet growing up on the beaches of Kauai.

We find out about his motivation and driving force to put it all on the line to get noticed by the bodyboard industry and get respect from the locals.

We discuss his impeccable timing and precision when hitting the lip and how you can go about practicing it. If you want to develop your aerial skills it’s all very well having impeccable timing but how does Jeff pluck up the courage to hit those mutant ramps? Is there anything he does to prepare himself for them? He might look fearless in the videos but does he actually ever get scared? What goes through his mind as he stares up at those  heavy looming beasts?

What equipment does the three times world champ recommend to bust big airs and what has he found has helped him over the years?

What are the best waves in the world for busting extra large airs? Finally, if he could give just one tip for the aspiring aerialist what would it be?

In this 10 minute guide to busting big airs on a bodyboard we find out all of this and more from the man that has made his name by launching off sections that give other riders nightmares.

Huge thanks to Jeff for the interview. For the champions brand of boards, suits and fins check out their website here: https://hubboards.com

And a big thank you to Boogtique for getting Jeff over to the UK and setting up the interview. Check out there site here: https://boogtique.com 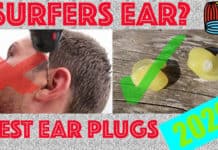