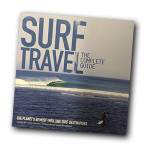 The information on this page is an excerpt from The Surf Travel Guide, contributed by Bodyboard-Holidays owner Rob Barber. This article was written by Ben Mondy

There is simply no place on the planet that boasts consistency, variety and perfection of the Mentawai Island. From grinding barrels to playful peelers, ‘the Ments’ offer more than 50 recognised spots (many of them world class), and heaps more yet to be discovered.

“When we first found this place it was like heaven.” recalls Australian Matt Cruden, whose boat the Mangalui has been scouring these waters since the early ‘90s. “Back then, we’d actually be stoked when we saw another boat, just so we could have a beer and boast about the waves we’d been getting.”

Twenty years down the track, seeing another boat doesn’t quite elicit the same reaction (especially when it is carrying 15 Brazilian pro’s), but in recent years numerous land camps have sprung up, offering an alternative to the boat charter option.

Starting in the northern archipelago. the area known as Playgrounds offered around 20 world-class waves all within a three-hour sail of each other. The pick of the bunch are the perfect but ultra heavy lefts of Kandui and the turbo rights of Rifles, which wrap around the opposite sides of Karangmadjat, a beautiful palm-covered island. On their day these two breaks offer some of the longest, heaviest, most perfect waves in the world. The shallow reefs (and especially their end sections) must be respected, doubly so considering how far you are from any type of proper medical care. Elsewhere in this area, waves such as Burger World, E-Bay, Pit stops and Bank Vaults offer much more playful versions of perfection.

A number of land camps have now set up in the Playgrounds area, which means crowds are pretty much a given, boat or no boats. However, the sheer number and quality of the waves still make this a true surfing paradise.

Heading south from Playgrounds, you reach a cluster of left-handers at the northern end of Sipora Island, the largest in the Mentawai archipelago. Telescopes is a world-class left which can peel for 200 metres; while it offers some great barrels, it’s more user-friendly and predictable than many other waves in the Mentawais. Nearby are two other consistently good lefts, Iceland and Scarecrows, which are both swell magnets. This is a less travelled and often happy hunting ground, as many surfers will be drawn to the more famous waves further south…

At the southern tip of Sipora you’ll find Lance’s Right, also known as HTs (Hollow Trees), perhaps the most recognised wave in all the Mentawais. Its greens-blue perfect right-hand barrels have featured in countless magazines and surf vids for well over a decade, and for good reason. An easy A-frame take off gives way to a 100-yard stretch of reef that produces cartoon-like perfect barrels. As Indies trader captain Martin Daly once commented, “If you can’t get barreled at HT’s, you cant get barreled anywhere.”

Continuing south you reach Pagai Ultra and Pagai Selatan Islands. Among the multitude of breaks in this southern part of the chain, Macaroni’s stands out as the wave with the greatest all round appeal, being one of the most rippable and perfect waves in the world. Drawing off a shallow ledge and then spinning down the reef, it’s a wave that offers real power and real performance. It also handles a slight onshore better than any other wave, anywhere. Not far from here is a more recent discovery named GreenBush. This is a ferocious left designed for pro’s, helmet and protective outerwear.

That just leaves Thunders (a long left that sucks in all available swell and handles real size), Roxy’s (a whackable right), Rags left and Rags right (gnarly, mirror image barrels), and about 50 other waves that you’d protect with your life if they were at the end of your street.

It is now more than 20 years since the Mentawai Island is were discovered by surfers, and despite all the media attention and the number of boats operating in the area, no other part of the surfing world can rival this chain in terms of quality and consistency. The land camp and charter boat options are definitely not cheap, waves being found all the time, very few surfers come back from this part of the world wishing they’d saved their money.

Take a look at our upcoming trip to the Mentawai Islands.