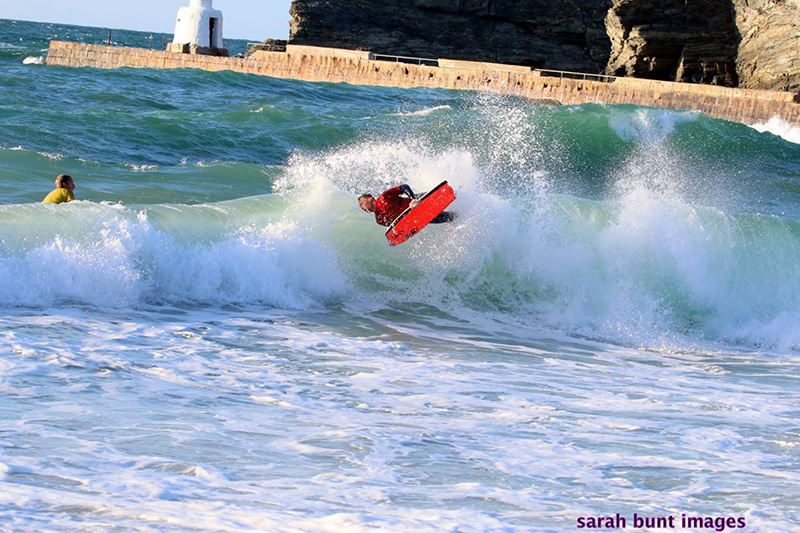 A fantastic weekend was had down at Portreath beach in Cornwall for the finals of the Cornish Bodyboard Series in early September. Day 1 saw under 14 champ Tom Catten take a comfortable win. A shock result in the under 18’s when local lad Ben Keast took a snatch victory from favorite Marcus Reed.

A great display of riding from all the competitors in the drop knee division gave the onlookers a thrilling 30 minute final where reigning champion Laurie McCall proved too much for the rest of the field and took a second year running 1st place.

Day 2 saw another great show by the UK’s best bodyboarders, this time it was the men’s open prone division in heavy onshore wedges.
Every heat was stacked, with a field comprised of last year’s top 8 riders against this year’s top 8 qualifiers.

Early round standouts included Phil Milson’s power attack and the super smooth-riding of Brooke Mason, Lew Smart and Bodyboard-Holidays director Rob Barber.
It was starting to get dark as we got the finals started. Now, with a very high tide the ‘V’ was producing heavy double-ups for the finalists to perform on.
Any of the finalists could have taken it, all getting amazing waves but it came down to completion of rides.

Newquay’s Olly Agliano found the pit of the day but couldn’t find the doggy door exit and settled for fourth.

Alex Winkworth and Damian Prisk kept very busy the entire heat but the bigger sets eluded them. They could not complete their trademark moves and finished in second and third.

Once again Eldred Hawke flipped his way to victory for the second year in a row. Well done Eldred!

Congrats to everyone that played a part in this event, we look forward to many more in the future. 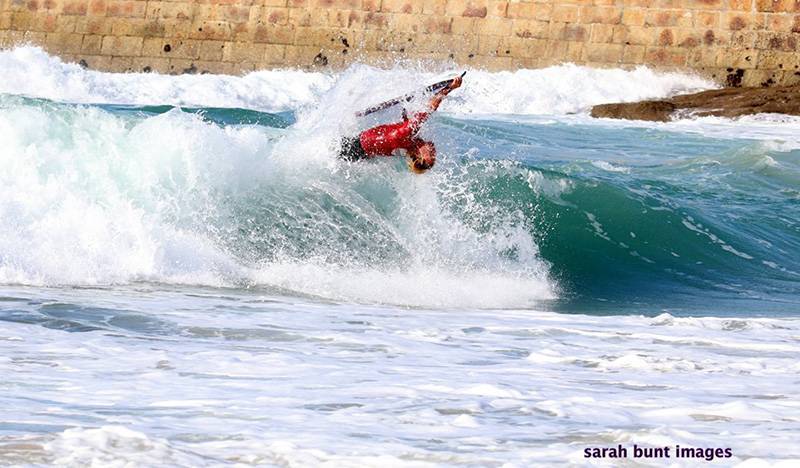 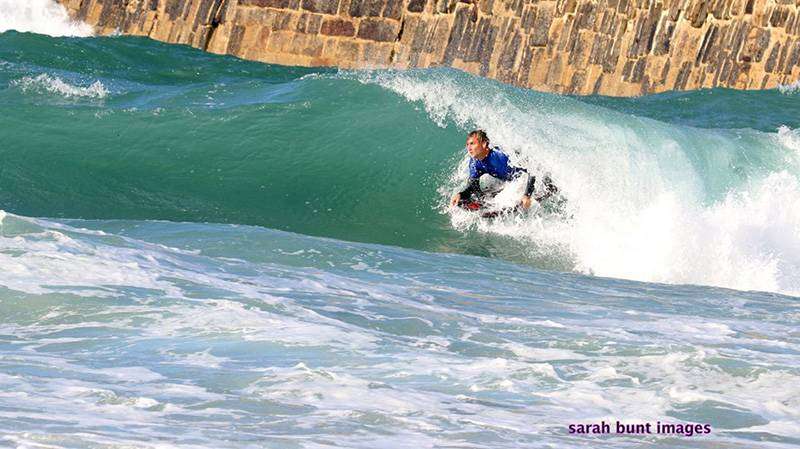